The tax collector: This results from the officers/leaders who increase guild taxes to +40% which makes it even harder for people to get albion online silver for the things they need and thus leave the guild in search of a new guild.

Small Guild Problems: The same as the above, only with smaller guilds comes higher taxes to remain even remotely competitive with the larger guilds.

Pyramid Schemes: A very common issue not only in Albion thus far, but in any MMO where leaders can tax their members for a marketable currency, is that many guild officials just can’t be trusted.

Fair Progress: If a guild only currency were incorporated several aspects of the game would be able to be brought into balance such as zone control and rate of progress.
With zones requiring Guild Fame/Platinum to be purchased or declare war guilds would have to work (as a community) to earn the points they need to participate in conquests. 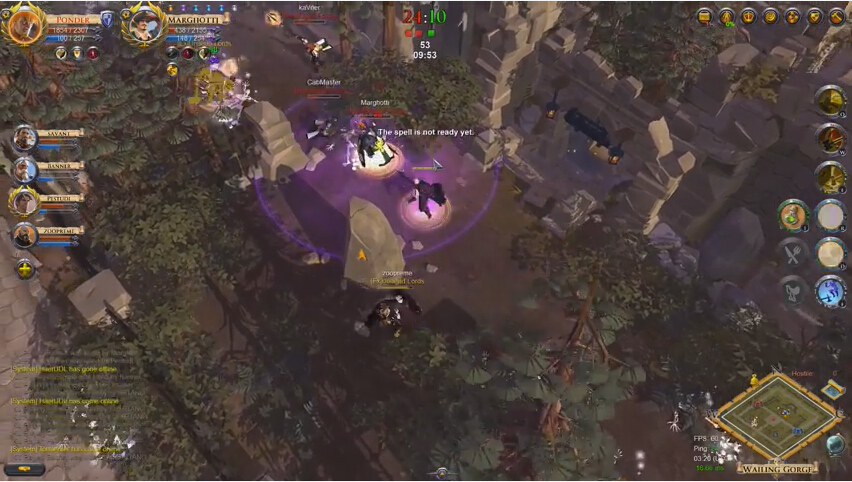 The issue of small guilds vs big guilds is actually given manifest through the albion silver fueled guild system. Adding a guild only currency to the game would allow the devs to more finely tune guild gains to allow small guilds to be competitive with larger guilds.

To give an example of one way this could work, the devs could make the guild fame (F) gain be based upon the Task (T) and Number of members in the guild (N) with a simple formula like such as. (T/N=F)

To promote grouping, yet detract zerging, the formula could be expanded to be (T/N)(P*1.5)/A where P = guild members in party and A=P>10 in the vicinity.

Since we’ve been waiting 6 months, for the guild quality of life patch that still hasn’t come to help improve community building, perhaps this can be added to that quality of life update to help give the developers a real tool in combating many of the serious issues that plagued Albion’s beta up until this point and drove the majority of it’s community away. Though I’ve become inactive on the forums, I still have hope that Albion can be an amazing game. At it’s core Albion is everything that I’ve wanted in an MMO for so long, but in it’s current state it feels bare boned. Albion may bounce back after the server is wiped. However, if it still lacks a well fleshed out guild management system and the necessary check systems to balance the game, I don’t foresee those numbers holding, nor Albion being able to draw back players for it’s full release. I see SI as having one last chance to save an amazing game concept. I think SI gave players TOO much power in some areas while not giving enough in others which created a system that’s a nightmare to manage, (Impossible to do so from JUST in game) easy to exploit (which destroys communities) and ultimately leaves the majority feeling frustrated while trolls run away laughing.

If you were a part of an Albion guild that divulged into barbarism leave a comment explaining how your guild fell apart and what you think the driving factor was. SI you absolutely must take this issue serious. MMOs only succeed when they’re successful at promoting community building functions while deterring community destroying functions.