Regarding your adventures on the green highland, today, we’re showing you more details, are you expected more and tried to find more? What resources can you find?What can you expect the biome to look like? Which dangers lurk around the corner? 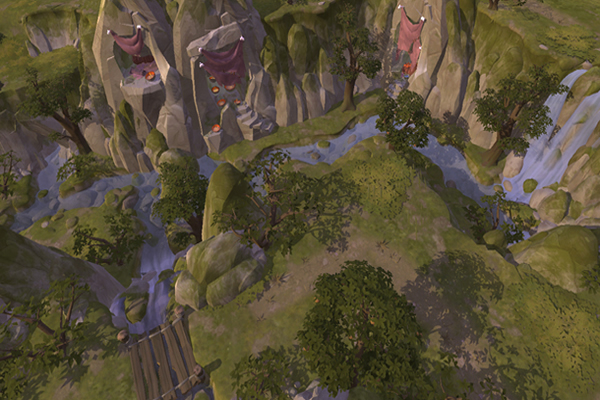 The only animals to be found in the highlands are cute, little hill marmots. But that’s not the only life that can be found outside of the Keeper camps! Mythical Rock Elementals protect the highlands’ resources, attacking roaming adventurers and gatherers on sight. Killing a Rock Elemental will transform it in a Rock node corresponding to its tier, which can be mined if you have the correct Stone Hammer unlocked and on you.

Biomes look differently depending on where you are in the world. The more dangerous a zone, the more grim the land appears. There are three different types, based on the Tier of the cluster (not the PvP zone): Green (Tier 1 to 4), Red (Tier 5 and 6) and Dead (Tier 7 and 8).

As with every biome, the Heretics will be your first enemies when you first enter the highlands as an inexperienced adventurer. Once you venture deeper into the highlands, you will encounter the Keepers of Albion, giant humans that have been part of Albion for as long as history has been recorded. They are one with the nature around them, and despise colonist and their civilization.

Rock can be found all over the highlands, and is the main resource of the biome. Sometimes, Rock nodes manifest as ferocious Rock Elementals. The second most common resource is Ore. While not as commonly found as in the mountains, the highlands are still a good place for miners to hang out. Lastly, the least common resource to be found in the highlands is Wood. A self-respecting woodman should consider moving to the swamps.