I would like to share with you a worry, that I am now having for a while and that is playing GMs, we all saw a number of (GM) postfixed people in game, but not all of us realized that with shiny prefix come certain powers.

With this I would like to bring to your attention Luci (GM) as you can see from screenshots below. while we are testing killing same mobs in same dungeons over and over again, Luci (GM) is testing real stuff – 8.6 Armors and 8.6 Weapons. Those 8.6 staff, bow, scythe and flail are some serious things, unfortunately broader community will hardly see them this test though Luci already tested them. Some might think that Luci is just an active player and thus he reached that stuff by grinding 24×7 since start, but you won’t find Luci anywhere in Fame rankings, but killfame. 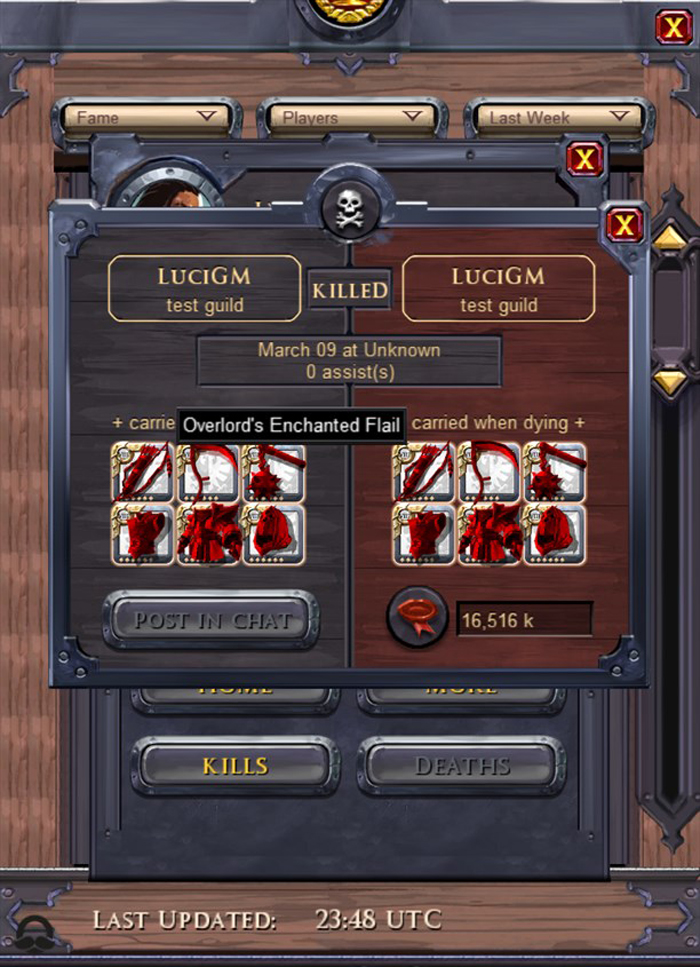 Luci might argue that screenshots are from test server, but we all know that test server gets a copy of production database every so often, so Luci would have same capabilities on production server as he has on the test one, and even if that’s not the case. He already tested what you would never test, so keep grinding necro-dungeons. This rises a pretty obvious question: should there be playing GM’s in Albion Online?