I want to love the quarterstaff, but the Iron-Clad outclasses it in every way. Unlike most other .1 weapons, the Quarterstaff does not get the offhand slot to help compensate  for the lesser damage of like skills among its tree. I will list the comparison of the two weapons. All of these will be of the T4 type. 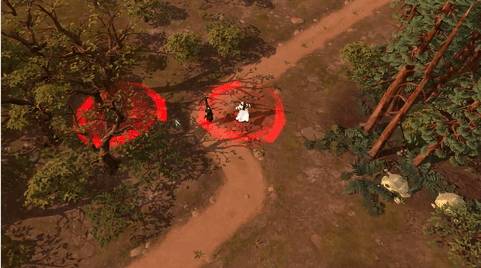 Q Ability: Concussive Blow
The Quarterstaff (QS) does 178 damage whereas the Iron-Clad (IC) does 198 damage. The Iron-Clad is a straight up upgrade here.
W Ability: Stun Run

W Ability: Heavy Cleave (Iron-Clad only and double-bladed staff only)

Other than the fact that the Q and W abilities does straight up more damage on the iron-clad, the E ability is where it steps far ahead. It does more damage over time  (especially if you can keep pushing them into a wall), has more chances to interrupt the enemy (which is the main reason to use any weapon in the quarterstaff line), and won’t drain your mana nearly as much as the quarterstaff. I suggest improving the quarterstaff by: