Recently I saw a player recruiting for a prominent guild in global chat. Not so noteworthy except the player had a (GM) indicator next to their name. I’ve never seen that before.

For what it’s worth (probably not much), here are a few of my scattered thoughts on that:

I know this is beta so some might say “nothing really matters right now”, but for the game to be healthy, SI should do everything it can to at least present the appearance that the game is fair to its players. 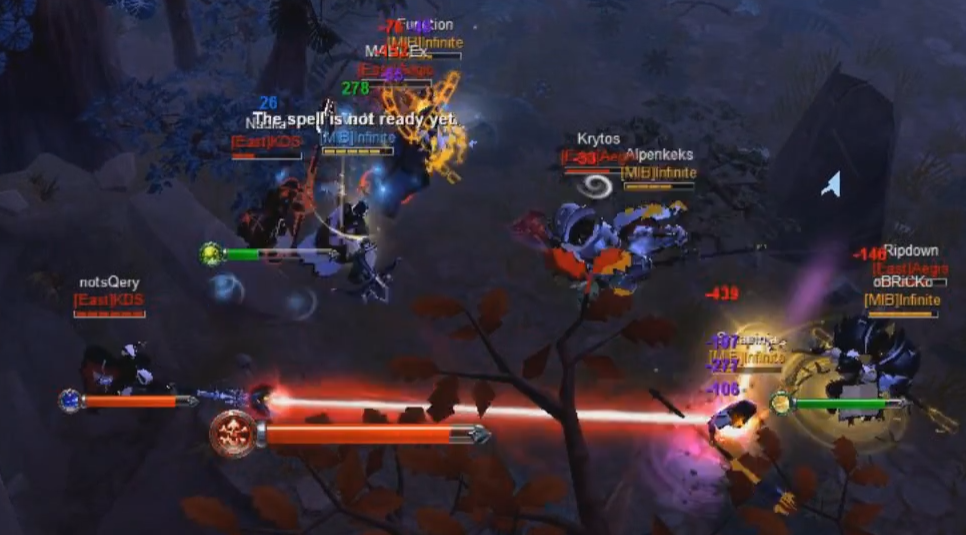 Oddly enough, I’m on the side of the OP here but for completely different reasons. I know enough GM’s to know that abuse of power isn’t even an option for them so that doesn’t concern me. From the side of “they get upfront knowledge before the rest of the server” is true but I’m on the same developer round table as them (and a lot of other guild leaders) so that’s not an issue either and it’s a necessary part of beta development (whatever your opinion on the matter).

The part that is unfair is simply the (GM) tag and the possible weight it throws around in conversations and chat channels. If you see anything with the (GM) tag in chat and you don’t know the inner workings of the system (they are likely just forum mods), you are automatically going assume that they are official ‘Game Masters’ like all the other games we’ve played. We actually fell for it early in this beta when a person with the GM tag asked for an alliance with us. My immediate reaction was; “holy shit boys, we’re going to be allied with a GM!.” You can you see where this would immediately skew your decision making process

Here are some of the unintended advantages that (GM)’s get. After talking with some of them, they would rather not even have the tag in game because they think it’s unfair too.