I really like this game but I want to play with some more options. Something like battlegrounds or arena or something – for solo play in a pvp sense (or maybe small group). 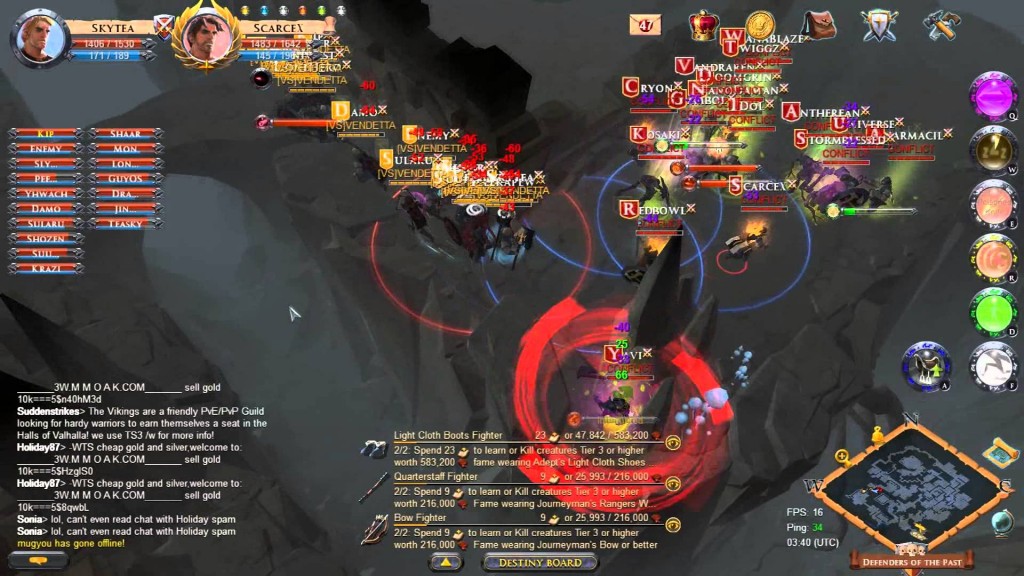 Right now it doesn’t seem like the game makes that possible. It seems like the model is right now to put in a thousand hours or so, and then try to join a pvp/guild zerg. I know I won’t stick around if that is all there is, and there are many more people like me I’d guess. Yes, I know there are people who can and will commit on average 4+ hours a day, but its just not possible for all of us. I hesitate to say anything because of the flaming I may get in response, but some of us can’t commit to the game in terms of a part time job – we have shit to do in our own lives.

Albion seems great with crafting, and does a good job of making a grind not seem too terrible. But to be viable in pvp there is simply too much of a time requirement, and it seems to be too zerg like once you hit that level. Some of us like to solo, like pvp, and don’t have massive amounts of time. I know, the response is probably going to be’this game isn’t for you then.

Half the fun of the game of this game is figured out the little niches to the game. Like how to avoid zergs. How to track people in game, Mechanics of combat. How to counter certain builds. How to safely farm any area. The list for this goes on and on. The only way to learn these things is by doing them. Which everytime i see someone like you complaining about it being a zergfest, or always dieing clearly don’t think about any of this and its seems like you just want a boring click button grindfest. Which is why you guys get the go back to WOW scrub comments all the time. Because the things i just mention’d really don’t take much to figure out. Once you get those basic How to’s down you can roam around solo or in small groups 2-4 people and have all sorts of fun.