Equipment
Let’s delve into our armor and weapon of choice. 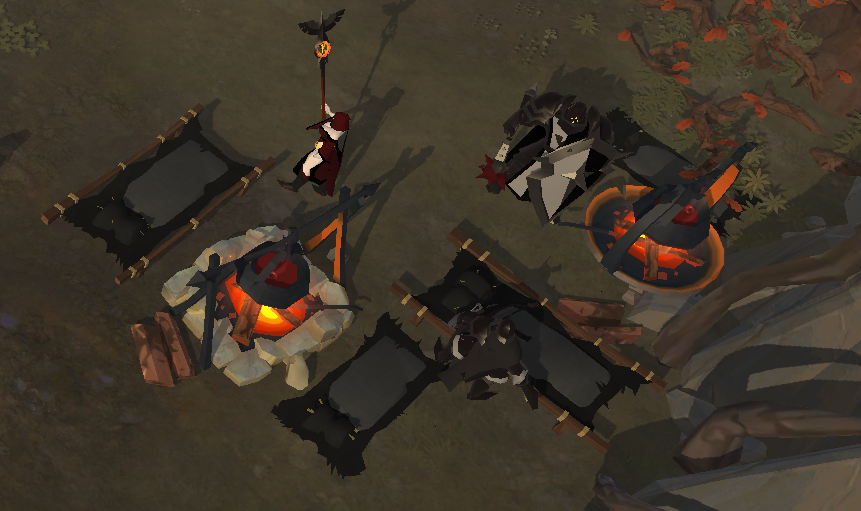 A plethora of poison abilities, as well as various mobility skills provides this build with both the damage and nimbleness necessary to perform effectively. It is a strong case of a slippery playstyle and couldn’t be defined better than that of an assassin archetype.

Let’s go over the skill choices that we will forge onto our armor.

The main skill that we will want to forge onto our Cloth Hood would be Poison. The skill itself is quite self-explanatory. It coats your weapon with poison, causing your next auto attack to poison your enemy with damage over time, lasting 5 seconds.

Poison synergizes well with the other form of poison you will want to pick up (detailed later in the build) which will essentially stack together for massive damage.

Without a doubt, the right passive for our hood would be Aggression – increasing our damage by 3.5% which simply helps eliminate our enemies a bit faster. Considering that we are not using a cloth chest in this build, it is also important to take note that we won’t have the major boost in damage that Aggression on Cloth Chests provide. Nonetheless, every bit of damage boost helps. 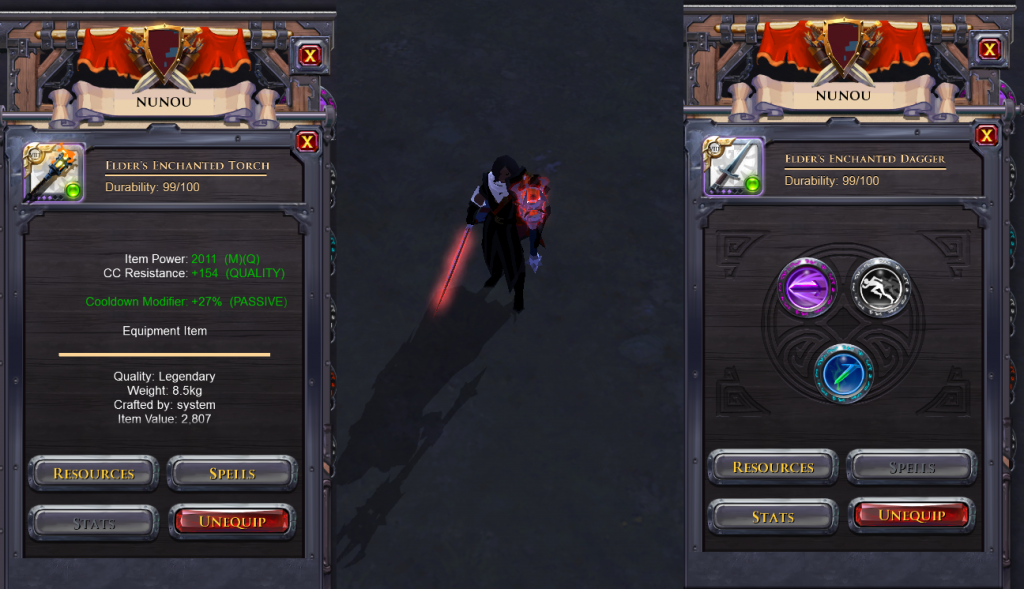 Although Fury may seem as an enticing skill option for your chest for that additional damage-boost, the better of the two options in this build would be Haste. Haste increasing your movement speed by 50%, as well as your attack speed by 60%, for a whopping 8 seconds. This is a quintessential skill to have as it covers a large percentage of both your damage amplification, as well as your mobility.

An optimal choice of passive for your chest would be Increased Move Speed, which increases your base movement speed by 5%. The more mobility, the better.

Our choice of skill on our Leather Shoes is debatable, with Dodge Roll being an excellent skill in itself. However, Vezin’s personal preference of skill here is Refreshing Sprint – increasing your movement speed by 96% for 3 seconds, as well as slightly reducing the duration of all of your cooldowns, including the sprint itself.

Refreshing Sprint naturally provides for more damage, as your poisons are on shorter cooldown, as well as more mobility considering that skills such as Haste and Dash (detailed later) used in this build receive reduced cooldowns. Not to forget that the sprint itself is a form of mobility as well. Simply put, it’s hard to pass up on!

Just like our Leather Chest, the passive we will want to take on our shoes is Increased Move Speed. In this case, the passive will provide you with a slight 2.5% increase in movement speed, rather than the 5% that the chest provides. However, it is just as important as it is another form of mobility to get you in and out of the enemy flanks as quickly as possible.

As mentioned above, the playstyle that this build provides is very niche and really centers upon good positioning and good timing. Vezin details the ins and outs of performing well with the build, as well as the important synergies to consider when utilizing it.

Making use of every skill in this build is important in both maximizing your damage output, as well as your mobility. Essentially, every skill synergizes nearly perfectly with one another.

The pros of the build are very clear. You have high mobility and high burst damage. With access to dash on such a short cooldown (reduced even further by Refreshing Sprint), it’s a build that is very hard to be locked down unless chain stunned or anything alike.

A few notable cons of the build are that it provides no AoE (area of effect) damage, and is strictly a single target burst build. This naturally has its shortcomings in large scale battle, however it is still capable of picking off some stragglers.