A family of pigs were spotted this week flying over the City of Queensmarket. The animals belonged to a nearby farm in the neighboring province of Eugen’s Bridge. The pigs sent the town in to panic with some inhabitants going as far as to declare that the apocalypse had arrived. The City Guard attempted to keep the town’s folk under control while sentries where ordered to chase after the strange phenomenon. 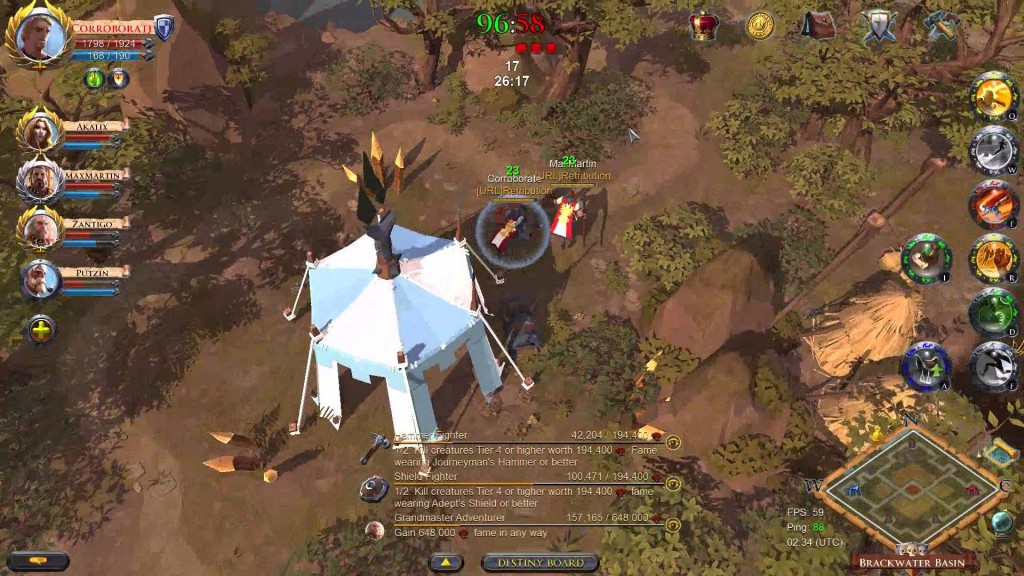 It wasn’t until hours later that a young mage appeared in the town and witnessed the utter devastation left in the pigs wake that we finally found out the cause of the strange happenings.

As it turned out the young mage by the name of Merlin was practicing transmutation on some farmer’s live stock. He confessed his crimes to the City Watch who have taken him in to custody within their barracks for the moment.

Not long after this the farmer entered the town with his numerous kin seeking compensation for his livestock and the head of the young mage.

The town’s people too were livid with the mages action which resulted in the almost complete destruction of all in order in the city. Cries went out demanding a public hanging whoever the guards refused to address the growing crowd.
As tensions rose in the town a loud bang from the town barracks was heard and a lone raven flew out the guard tower.
Inside the barracks bleating sheep were heard. The town’s people swarmed in to the barracks only to find a herd of sheep adorning Royal armor and sigils. There was no sign of the young mage.

The sentries that took after the pigs are also missing have been presumed dead after not returning that night or at dawn the next morning however their horses were found standing alone in a far away field by shepard tending his flock.
There was no sign whatsoever of the sentries. What else had Merlin done to these pigs? Perhaps we will never know.